What started out as a tribute to a family member has grown into a project much larger than anyone could have anticipated.

In 2014, Lora Scantling’s stepfather was diagnosed with lung cancer.

As a tribute to him, she and Christy Goodger, both photographers, sent out a post on Facebook asking if there were young children battling cancer who would like to be photographed.

This project was soon named Little Heroes, and together, these photographers took pictures of many young kids.

But one of these pictures took the world by storm, going viral all over the Internet. The picture in question was of three young girls, often fondly referred to as the three little angels. All of them are from Oklahoma.

In the middle of the picture is Rheann Franklin, who was six at the time, and fighting a rare form of brain tumor.

On the left in the photograph is Rylie Hughey, three at the time, facing kidney cancer. And on the right is Ainsley Peters, five at the time, battling leukemia. With their bald heads, the three girls posed, hugging each other tightly, adorned with white and beige dresses and long pearl necklaces.

Something about this picture just resonated with everyone who saw it: a beautiful, incredible peek into a fierce, terrible battle.

It was almost as if those looking at it could feel the emotions attached to the girls.

Four months later, a new picture was taken of these girls as a reunion photograph, but it wasn’t till a year later that a reunion picture reached that height of fame again. 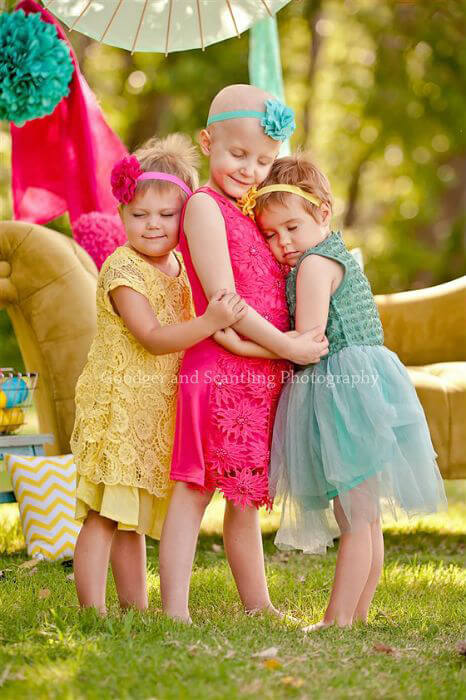 This time, the girls were situated in a lush outdoor setting with the sun shining down on them, dressed in pretty bright dresses. 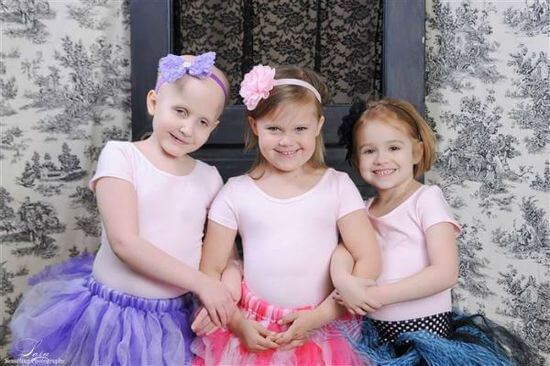 Ainsley and Rylie had short hair, this time; Rheann’s hair, on the other hand, will never be able to grow back. 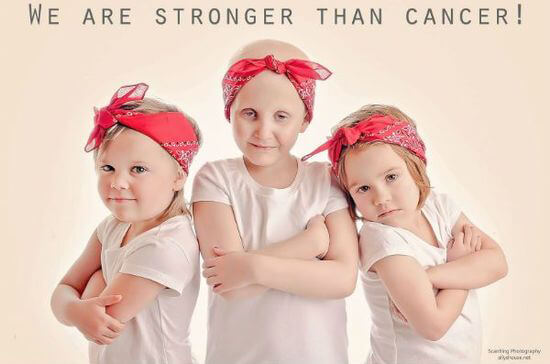 This new reunion photograph shed light on an amazing milestone for them, as all three girls were in remission, and they were more energetic and in their best spirits. Scantling recalls that they were energetic and happy to see their best friends and be together, and that’s when she decided to continue photographing them as their lives go on. 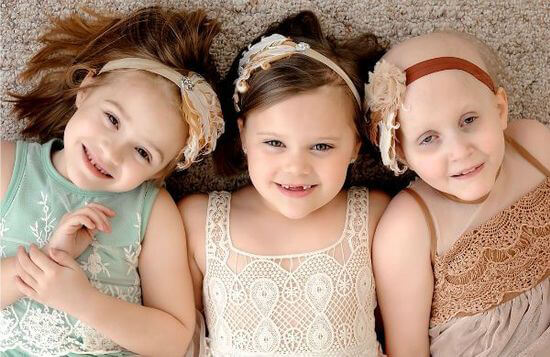 New photos have emerged ever since, becoming something of a tradition. 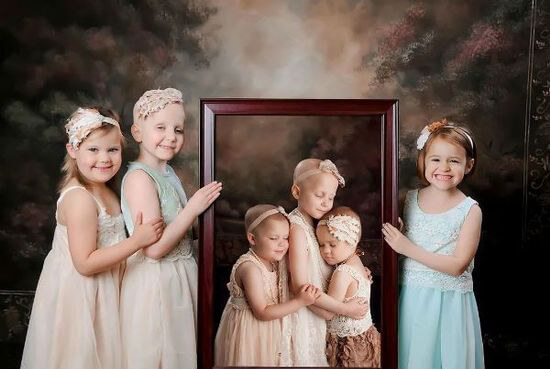 In this year’s photos, a newcomer joined the girls – a young boy named Connor Lloyd, who is just three years old.

Scantling is the family photographer for the Lloyds and found out that Connor had been diagnosed with cancer: acute lymphoblastic leukemia. 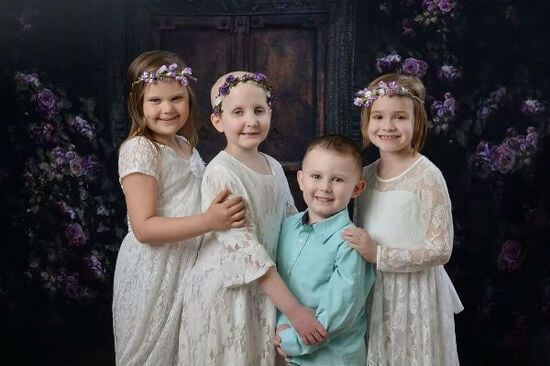 She decided to invite him to join the picture, explaining that sometimes there’s no way to know how much time one has left.

Scantling feels that this picture reiterates the original meaning of the first viral photo – to give hope to those battling cancer.

Today, Rheann is 10, Ainsley is 8, and Rylie is 7, and Connor has been responding well to treatment thus far, so we may see him again in future photographs and he can become a part of this tradition.

Scantling plans to continue taking these pictures every year for as long as the participants want it to continue. 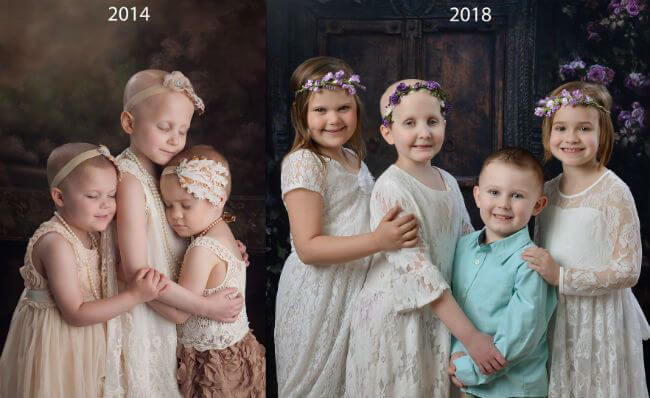 These young children are strong, brave, and an inspiration to the world.

They give hope to everyone, especially families fighting the battle against cancer and continue to spread their message internationally.

2021-06-10
admin
Previous: Family Has Warning For Others After Their Son Dies Eating Pound Cake
Next: Scary X-Ray Of A Stuck Grape In Child’s Throat Is Going Viral